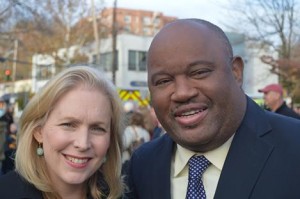 I discuss all the  shenanigans regarding the James Zadroga Reauthorization Act with NY Senator Kirsten Gillibrand.

It’s been more than a decade since the 9/11 attacks, but people are still dying.

Temporary bills would extend the September 11th Victim Compensation Fund and the 9/11 World Trade Center Health Program — but only by five years and at funding levels far below what’s needed.

A bill by Sen. Kirsten Gillibrand is pushing for Congress to permanently reauthorize Zadroga and has 64 bipartisan co-sponsors, making it filibuster-proof, and has the support of Bill de Blasio and 23 other mayors. But the bill won’t mean anything if the House of Representatives doesn’t come through