x
At least for the Governor Race, throw out those normal general election playbooks.

With Carl Paladino shocking the republican establishment with his outsider victory and tea party push, all bets are off. 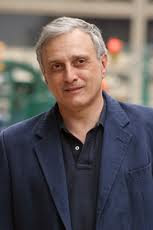 Polls consistently show Democrat Andrew Cuomo as heavy favorite in the race for Governor and normally starting Primary night, the Democrat candidate could press the cruise control bottom until the November election, selecting his cabinet, ignoring the Republican nominee, and only grant a debate if every fringe candidate is included, if there is a debate at all.

Lazio had GOP establishment figures in his corner, Lazio is a nice guy, but let’s face it, his campaign never got off the ground. Yes, Republican party faithful are not pleased with state Republican leaders, but Paladino with his “mad as hell and I’m not going to take it anymore,” caught on with the electorate . Lazio sealed his fate when he tried to ignore Paladino, when he declined to debate Paladino, but perhaps it was already too late.

Cuomo has worked too hard to get this close to let the unpredictable take over. Message sent. Message received.

Cuomo will not sleep on Paladino and the Tea party movement. Cuomo has already moved to the right with his fiscal conservative talk.

Folks want to believe the Tea Party has no clout in New York State, but look again, and wake up. It may be a new day in American Politics.

Tea Party folks had convincing victories all across the country like in Delaware with the seat that was held for more than 30 years by Vice President Joe Biden. The insurgent , pro-life, conservative Christine O’Donnell who was written off just weeks ago, beat the Republican party-backed candidate, Michael Castle, a former Governor.

In other words, Carl Paladino scenarios happened all across the country Primary night.

Look for the Cuomo-Paladino battle to be a nasty dirty one with lots of media leaks. You better believe the Cuomo folks will make sure the public knows about those racist Obama emails Paladino forwarded and some of Paladino ideas. (considered outrageous by many) And be sure the Paladino folks will try to tie the financial crisis of the country to Cuomo’s footsteps as the head of HUD.

Each camp will fight fire with fire.

The shock of the night Pedro Espada who politically has had nine lives wasn’t able to fight off Gustavo Rivera. The scandals finally caught up to Espada, but perhaps more the beginning of the end and Espada had to know it, was stabbing democrats in the back when he switched parties to republicans giving them control of the state senate and only came back once he had the majority leader role.

As expected, even in the crowded field, embattled Harlem Congressman Charles Rangel held his own and easily won his primary.