I often drive on the Cross Bronx expressway, passing Elementary School P.S. 70, and reminisce about my school days there. I remember 3rd grade class, and playing on the roof-top gym surrounded by metal bars everywhere so no one would fall.

Surprised, but I guess really not shocked is the best way to describe when I picked up the NY Post this morning and saw a story about a current P.S. 70 teacher who was an alleged former prostitute and stripper. I've had a very successful career in journalism, and I am not attacking teachers, but I have to admit that I have always wondered how far I could have gone if I had received the same private school education as many other journalists. 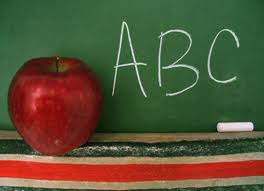 And that brought me to the mayor's announcement on the same day of the P.S. 70 teacher.

"Remember our one and only question — is it good for children?"
NYC Mayor Michael Bloomberg

Please stop and think about that. "Our one and only question –is it good for children?"

I just couldn't believe it. Out of all the schools in NYC, I thought just my luck Monday morning, an alleged hooker taught at one of my schools, but Mayor Bloomberg just a short time later, had an announcement on the way, a plan to do away with the "T" word, and replace it with the "E" word.

End automatic teacher *tenure,* (translation, lifetime jobs) and replace it with a system where teachers would be required to *earn* tenure. Can you believe we are still discussing this in the year 2010?

In an effort to focus on teacher quality and effectiveness, the city will implement a four-tier rating system for determining whether a teacher should be awarded the tenure protections that come with the job.

At an education conference in Manhattan Monday Bloomberg said the following:

“Beginning this year, our policy will be very simple. Only teachers who help students and schools move ahead significantly for at least two consecutive years will earn tenure. And just as we are raising the bar for our students through higher standards, we must also raise the bar for our teachers and principals – and we are."

Teachers are heroes, and never receive the proper acclaim that they should. But for everyone, and I mean everyone, (teachers included) what's wrong with really earning tenure. Some folks will say you are forcing teachers to "teach" to exams, and kids will not really be learning anything. Perhaps there's a point to be made there, but something has to give.

I'm the first one to admit that teachers have an impossible job. They are expected to be social workers, deal with dysfunctional families and when many of the kids fail, we lay the blame at the footsteps of teachers like it's their faults.

I'm also stating all of this as a graduate of the NYC public school system, but also as someone who is sad about the quality of the education most kids receive.

Back to Bloomberg. What was extremely important about his announcement is he is taking on a problem that is right around the corner. In fact it's here in many school districts.

It's important that we keep in mind with the financial crisis throughout the entire country, principals will continue to be forced to make layoffs, and layoffs based on seniority. In other words, perhaps some of the best teachers can be let go, simply because they were recently hired. Or stated another way, some of the worst teachers may be kept on the job, simply because they have been there the longest. Bloomberg deserves credit here for calling the practice what it is, "special interest politics."

“It’s time for us to end the ‘last-in, first out’ layoff policy that puts children at risk here in New York – and across our wonderful country. With more budget cuts looming, principals across the country will have no choice but to make layoffs based only on seniority – so their newest teachers would be the first ones to go, even if they happen to be the best teachers. That makes no sense. Remember our one and only question — is it good for children?

“How could anyone argue that this is good for children? The law is nothing more than special interest politics, and we’re going to get rid of it before it hurts our kids."

Starting this year, Bloomberg said, only teachers rated “effective” or “highly effective” will be eligible for tenure. City officials said tenure may be awarded in the third year — or any time thereafter — always based on whether a teacher has made a significant impact on student achievement.

Here's the point, whether you like Bloomberg or hate him, somebody has to rock the education boat in NYC and across America.

The United Federation of Teachers does an excellent job representing educators. We (the public) must be as diligent fighting for the children.

After all as Bloomberg declared: "Remember our one and only question — is it good for children?"

But I end this day, no longer thinking about the alleged hooker/teacher at my school, P.S. 70, but thinking about the countless NYC Public School teachers that were there for me, and all the other kids. We didn't have many role models, and my mother wasn't even around, suffering from severe Mental Illness, but our teachers were there day-in, day-out. There's no Ticker Tape parade for them, Teachers don't receive the key to the city, but I hope they alway remember to the kids like me, they still mean the world to us.

What I'm also trying to say here is thank you to all the teachers who never gave up on me.