We now know at this point President Obama will not have political coattails, and could drag down democrats in next years national and state races.

Former Mayor Ed Koch, endorsed Turner in July as a way to "send a message" to Obama on his policies toward Israel. Well this morning, hopefully for the White House, they are declaring message sent, message received. 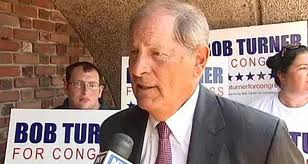 This race was a referendum on President Obama, and Obama lost.

Sure Weprin wasn’t the strongest candidate Democrats could put forward, but there will be no getting around this following sentiment over the next few months, and the song goes like this: the heavily Democratic district, which spans parts of Queens and Brooklyn, had never sent a Republican to the House. But frustration with the continued weak national economy gave Republicans the edge.

Democrats pulled out organized labor to bring voters to the polls.

Hello. Is anyone listening at the White House