Mayor Michael Bloomberg has cut nearly 700 of the city's public school workers. They are already gone.

The figure may not sound like much in these days of fiscal austerity, and it did not include teachers, but we are also talking about the people in schools that have never made a huge salary and they are the people that greatly care for the children. 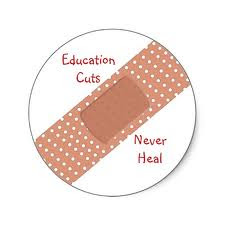 The cuts included 410 school aides, 82 family workers and 66 parent coordinators, among others, according to the city Department of Education. The cuts were spread out over 350 schools, The New York Times reported.
The layoffs were expected – more than 700 public school workers already received pink slips, the Daily News had previously reported.

So nearly 700 additional people added to the unemployment ranks, good people, people that work hard, people that deliver for our children, and then of course, the blame game starts.

City officials blamed the union, District Council 37, for refusing to give the city access to its health care fund, The Times said. The union had instead offered to cap workers' hours and use furlough days.

No matter how you slice this, the Bloomberg administration has orchestrated its largest mass layoff at a single city agency, axing 672 public school workers. The lay-offs may not lead the nightly newscast, but we keep cutting the safety net, and cutting, and then we don’t understand why there is an increase in crime, why jails have to keep being built.

This was a sad day for the nearly 700 workers, but more importantly, a sad day for the children they tend too as well. Could the city have done more to save the jobs? yes. Could District Council 37 done more to save the jobs? Yes. All I can tell you is from personal experience. When you grow up poor in NYC, without many role models around, these 700 people are the ones that mean the world to you. They are your role models. This is not meant to sound like a bleeding heart liberal, and society can't keep pouring billions into education without accountability. However history has shown us that Education cuts, never heal.