Despite this short-term trend, a longer-term trend of falling local government employment relative to private sector employment remains in place. That trend is due in part to more money being shifted to retired public employees, leaving less for those still on the job, and falling private sector wages relative to public sector compensation, which means that private sector workers can afford fewer public sector workers. It also may be the result of an attempt to bring down New York’s sky-high state and local tax burden relative to the income of state residents. Further discussion and some charts follow after the break.

The spreadsheet used to create the charts in the rest of the post is here. 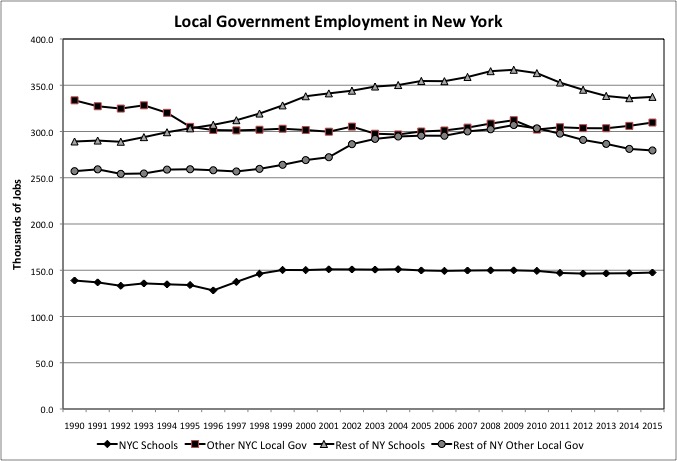 A longer term look at the data shows that a local government boom in the portion of New York State outside New York City came to an end in 2009. That was part of Governor Pataki’s “everybody onto the government payroll and into the pension” “economic development” plan for the rest of the state. During that period New York City was under constant pressure to make local government more efficient and do more with less, particularly after the 2000 pension increase diverted more of its budget to pensions. Most of the decrease in NYC local government employment took place in the deep early 1990s recession. Since then there have been some ups and downs, but the overall local government level has been generally flat. 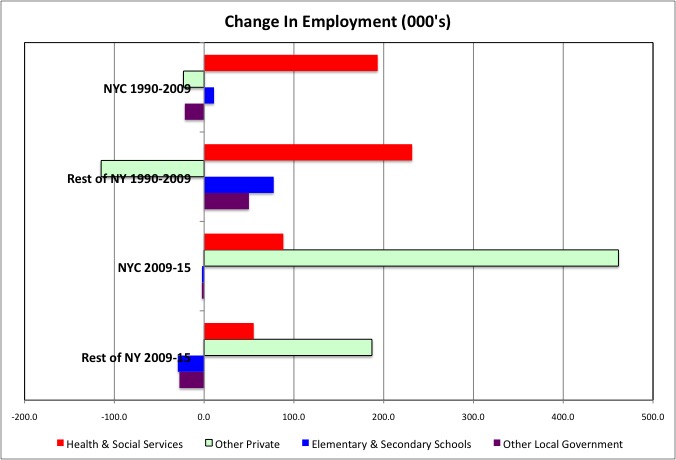 Adding it up, there is has been a decided shift to private sector employment in New York State since 2009. Although part of this is a cyclical upturn, some of it appears to be due to changes in public policy.

From 1990 to 2009, private Health and Social Assistance employment increased by 231,700 in the part of New York State outside New York City. That sector is, once again, substantially government funded. Meanwhile local government employment increased by 77,500 for elementary and secondary schools, and by 49,900 for other local government activities. There were fewer private sector workers to carry this burden: employment the rest of the private sector fell by 114,700. 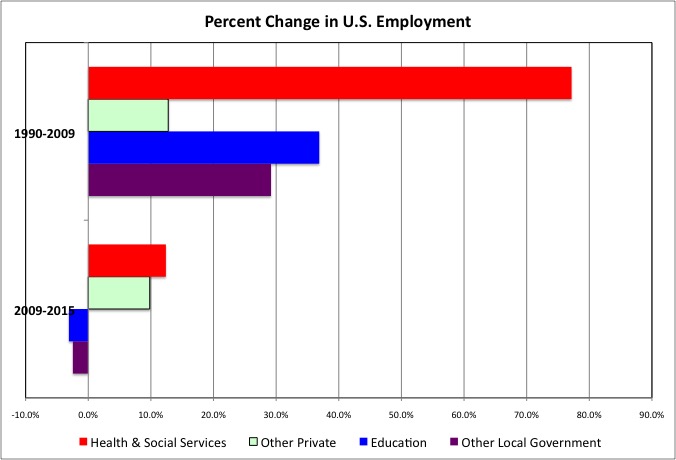 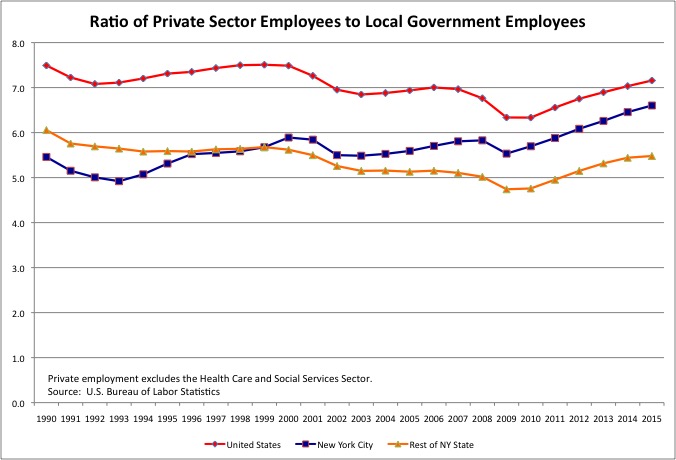 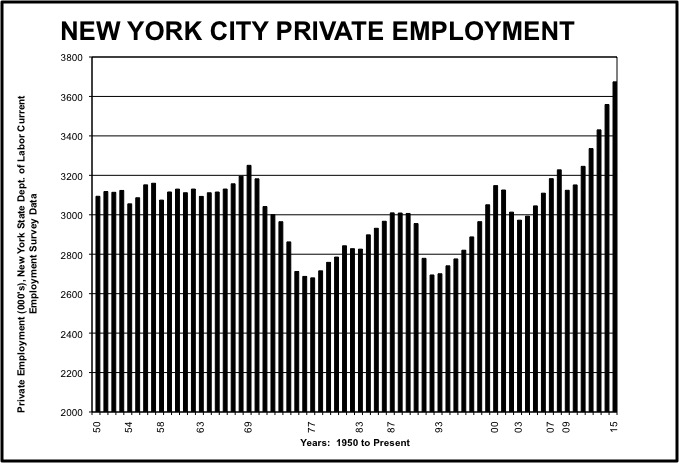 New York City’s ratio has improved in part due to local government hiring restraint, and in part due to a huge private sector boom. For decades the record private sector employment level of 1969 had loomed as a seemingly insurmountable barrier in the city’s economy, one at times approached but never exceeded. Since 2012, however, NYC private employment has soared to new heights, leaving that 1969 peak far behind. 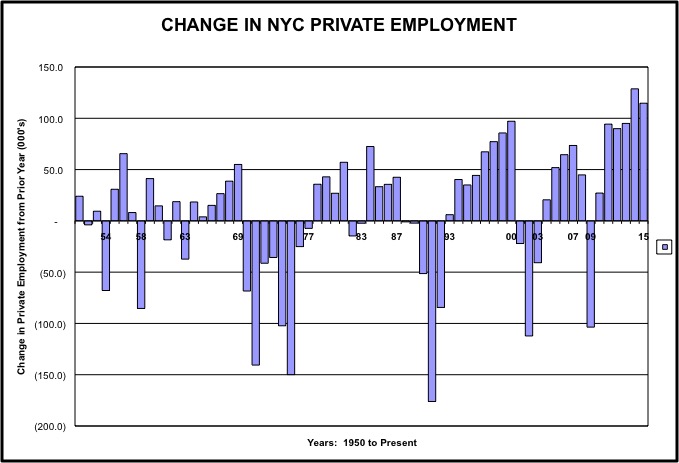 In fact, NYC’s private sector added more wage and salary jobs in each of the past two years than in any prior year since 1950. And this data on wage and salary employment does not even include the rapid growth of “freelance” and contract self-employment in the city, as discussed here.

Some Notes About New York from the Bureau of Economic Analysis

First, how many more working people can the city’s built environment accommodate, with soaring housing prices and overloaded subways?

And second, how can one have confidence in the future when there is no money to expand and maintain that infrastructure, and pension funding continues to fall behind, in an economy as good as it can possibly get in the “new normal?” 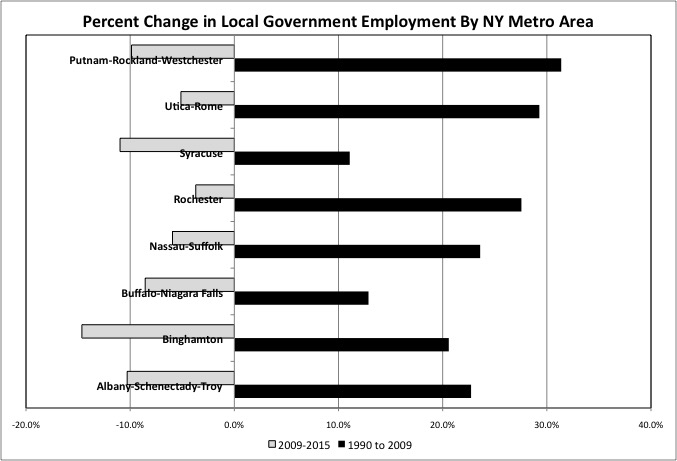 Thus the increasing push to have the State of New York redistribute even more money out of New York City to pay for local government employment elsewhere. I’ve described the attitude of the rest of the state toward the needs of New York City over the decades as falling into one of three categories.

The current attitude is number 2. But with Wall Street bonuses and profits trending down, number 3 might be right around the corner.