I understand the game well. Controversy sells, and makes our careers more marketable, but at what cost? Last night YOU CROSSED THE LINE. I KNOW IT WAS A TOUGH CROWD FOR YOU, AND THE JOKES FELL FLAT. These things happen. However to end your skit, talking some non-sense about you are going to keep “it 100,” and then to proceed to use the “N” word in the presence of the President of the United States, (the first Black President) was despicable AND you set us back about 50 years. How can we stop kids of color from calling each other “N” WHEN YOU JUST CALLED THE PRESIDENT OF THE UNITED STATES, My ‘N”

Supporters will say you meant it as a term of endearment. That you were showing your love, respect, and pride for Obama. But now what happens when a white person follows your lead? AND you said this with the most powerful media people in the world in the audience. A white person says it, and we are all ready to scream bloody murder, but we want to commonly use one of the most hateful words ever to describe ourselves. Brother I know you want to go to the top. Nothing is wrong with that, so do I, but come on, let’s end this self-hatred thing. You are bigger than this. All kids are going to know is that you called the President of the United States, my “N.”

The next time when someone who is not African American, as a term of “endearment” says to you what’s up my “N” I wonder if you will find it funny? You just made HISTORY Mr. Wilmore. You called the first black president the “N” word in front of the national press corps. There are those of us that fight everyday from inside the newsrooms of America to have our community covered, and to fight institutional racism, and here you come with your “humor.” Come on Brother.

From one Black Man to Another 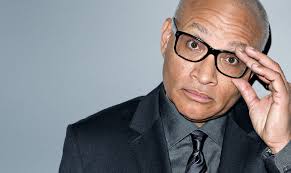