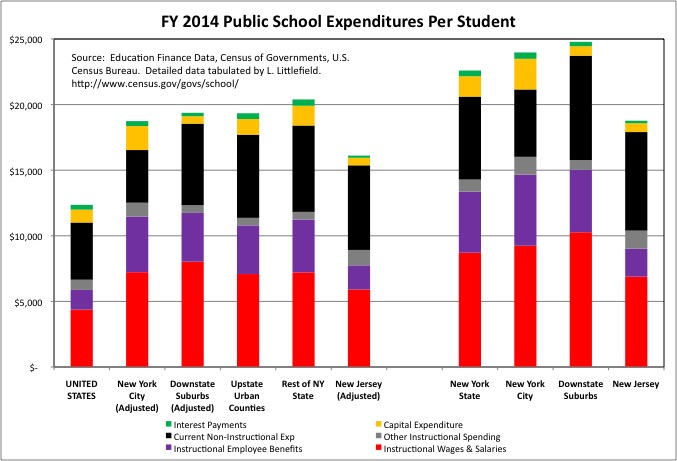 From FY 2002, the last NYC budget before Mike Bloomberg became Mayor, to FY 2014, the last budget of...
One of Mayor Mike Bloomberg’s best innovations, from a truth telling point of view, was the introduction of a...
From Manhattan, to the Bronx, and Westbury Long Island Tuesday, Gov. Andrew Cuomo started his RV campaign state-wide to...
The Warning Signs are everywhere for the City’s Incumbent Mayor. He’s badly losing at every turn, the battle against...

The man is on a roll.

If I told you during the campaign that Governor Andrew Cuomo would have major, unprecedented first-year accomplishments, and then would set the bar high in year two, wouldn't you ask what was in my coffee? Did I have some type of head injury?

On NY1, Congressman Charles Rangel would joke all the time asking live on TV, if I was drinking that "Giuliani" water? You might ask right now, if I had some of that "Cuomo" Water? (Answer is no, and no.)

You have to give Gov. Andrew M. Cuomo credit.

Critics argue the Governor’s budget will unnecessary hurt those that are most vulnerable, but what has been lost in the budget debate is almost overnight, Albany’s political process has been redefined, and for the better. The credit belongs to one person Governor Andrew Cuomo.
The Rev. Al Sharpton. Guess who’s coming to dinner?

NYC education folks may not like the budget, but you have to give Gov. Andrew Cuomo credit from a political point of view.

In only a few months in office, at least on the budget front, he has whipped Albany lawmakers into line.

One big difference between Gov. Andrew Cuomo and his predecessor David Paterson boils down to one simply premise.

The legislature is afraid of Cuomo, and sadly they never respected Paterson. (many of Paterson’s failures were self-inflicted, some were not)