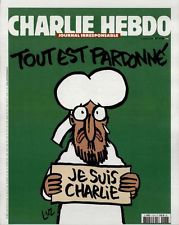 aton-mebel.ru
I spoke earlier about purging the fringe elements from the left and right. Let me tell you a story...
In the New York Times Book Review Rick Perlstein talks about how fifty years after William F. Buckley purged...
I was advised by someone wired into New York politics not to question Ms. Teachout’s liberal credentials. But then...
Back in 1984 I left the Democratic Party because they really pissed me off. You see I was a...
I grew up on Long Island, lived in Brooklyn and now live in the small village of Fishkill. So...
Have you noticed that your anxiety levels have dropped off and you feel less hatred towards your fellow human...

I am sitting here trying to figure out why Andrew Cuomo deserves a liberal primary challenge.  Did he not legalize same sex marriage in New York changing the issue’s momentum nationwide?  Was he not one of the few elected officials to pass tough gun control lows in response to Sandy Hook?  Could it be because he has provided business incentives in the state?  Does his opponent Ms.

Most readers believe that Greek literature is in its entirety an exercise in the glory of war with a great deal of violent anguish and death.  But a close reading reveals that the ancient texts may for the most part be an anti war message disguised as action stories.

Shocking information is now available connecting gun ownership with violence.  First, John Hopkins reports that domestic violence homicides are three fold greater in homes where there is a gun.  Second, Harvard reports that suicides are much higher among gun owners and this is confirmed by NPR.  Finally, Wikipedia reports 67% of homicides involved a gun.